The Affair – Essay by Noah

Written by Fog Fest on October 24, 2019. Posted in Essay Winners 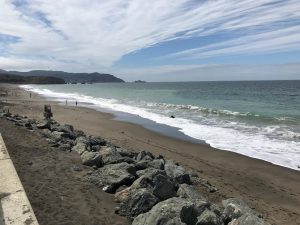 I have always been attracted to water throughout my life, and have returned to it over and over.

In the past 16 years living in the bay area, I often wake “restless” in bed, and begin browsing properties next to the ocean…

My dream was to not only live in the best city of our country (and possibly the world)…but also to be next to the ocean and only minutes away from the city.

One day laying in bed I happened across a property overlooking the Pacific ocean in the quaint little town of Pacifica just minutes out of San Francisco.

I decided to go to the open house that day. Stepping into the doorway of the house, was a breathtaking view of the Pacific ocean.  It was too good to be true.

I decided to venture around the neighborhood and see what the town was like.  My trek started at Beach Boulevard, then down to a set-in golf course called Sharp Park, and eventually over to the other side of Mori Point where a group of restaurants sat next to the ocean.

I was looking for a nice place to sit and enjoy the ocean over a glass of wine, and I was drawn to the right side building bearing a placard of The Moonraker. I climbed the stairs and entered to hear the pleasant melody coming from the piano man playing to the locals enjoying their happy hour.  Sitting at the common table, I quickly struck up a conversation with a friendly couple across from me.  They were long time Pacifica residents and told me that locals don’t brag about Pacifica as they don’t want the crowds and fancy people to move in and ruin the peaceful idyllic town.

When I asked if it was true that there was a lot of fog …they said “that was the secret”…they wouldn’t dispel the rumors to inquisitive city folk.  The fog in the summer settles on the water a couple hundred feet out from shore, but if you were down in the lower part of town, the ocean was still visible.  The fog burns off by late morning to reveal a picture perfect town with long walking beaches, fisherman perched on piers, and gentle swells of the ocean often breached by whales as they travel down the coast on their journey.

I fell in love with the town of Pacific that day, and had nagging thoughts of whether I should pursue the house, but of course life got busy and time went forward.  Off and on, I have returned to meet new friends and share a glass of wine sitting at the Moonraker’s booths.  I reminisce about almost buying a property overlooking the coast.  Recently I woke and did my usual “middle of the night” routine browsing properties…and Oh wow!…a property similar to the one I had seen years before was for sale.

Curiosity caused me to check it out.  Walking in the door, I had the same familiar feeling tingling over me….it felt like fate pulling me in….should I consider moving here again?

Last weekend, in my new home, I slept-in to the rhythm of the breaching waves, and watched birds diving in and out of the water.  I took a leisurely walk down the shore, absorbing the fresh ocean air, and captured a few perfect photos of the ocean accented by blue sky with white clouds traveling upwards like a giant pinwheel.  I passed a few other locals who were out for their morning walk and I knew that destiny had brought me to the right place.  I have finally returned back to the water…..again. 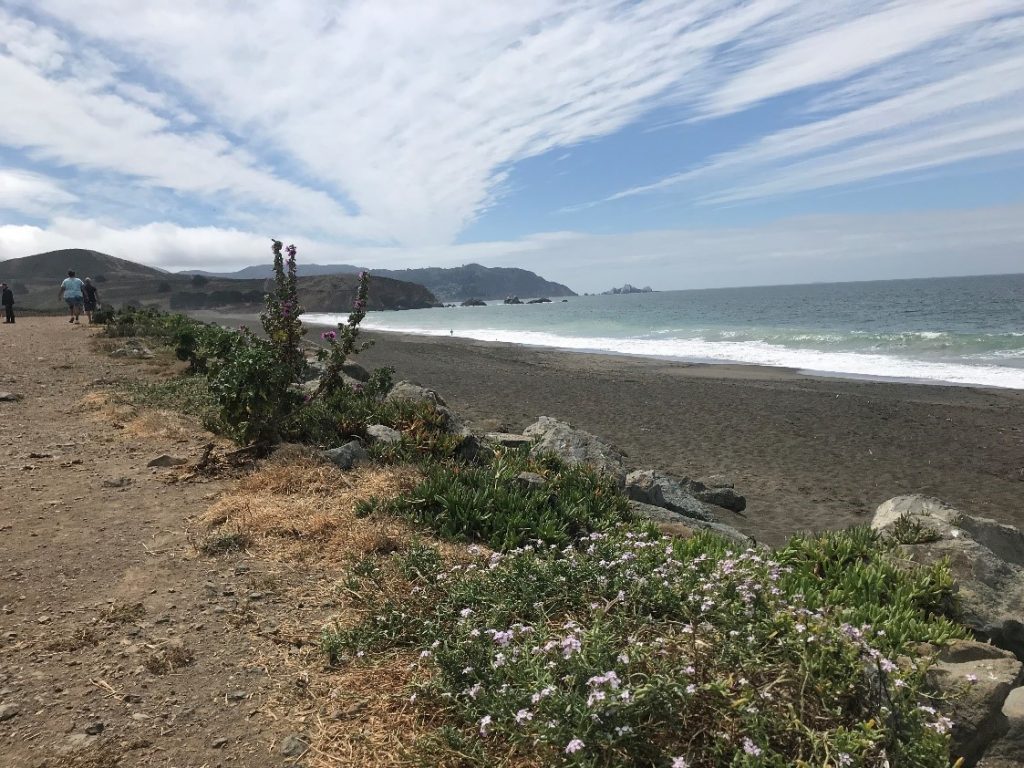